Defending vs. Defensiveness – Why Timing is Everything

…And how one of these can hurt your brand! 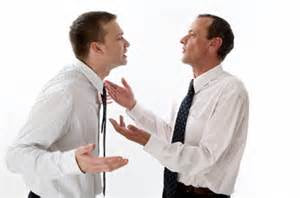 Not too long ago, an executive coaching client of mine shared her dismay at learning she was perceived as defensive when receiving feedback. “How could anyone think that?” she wondered. ” I asked for this feedback!” When I followed up with her boss, she was equally puzzled, but for a different reason. “Yes, she does ask for feedback,” the boss said, “but then she argues with everything I say! Does she want the feedback or not?”

Here’s what caused the disconnect: As my client heard each piece of the feedback, she felt compelled to explain what was going on, why someone might overreact, how things were operating behind the scenes…in other words, the context that justified her actions. She felt that such context was essential. “My boss only had one side of the story,” she said, “and I just couldn’t let that misperception continue.”

In a situation like this, I have to agree with the person providing the feedback. True, everything my client said was factually correct, BUT it’s irrelevant in this discussion. When asking for feedback, the only correct responses are “Thank you, you’ve given me a lot to think about” or “Thank you, I think I know how that happened and how I can keep it from happening again.” That’s it.

Afterwards, the recipient can take time to think about the feedback, identify her opportunities for improvement, and go back to her boss with an assessment of the full situation and her commitment regarding what she will do differently. The subtext of this response is “I learned something” as opposed to “Here’s where you’re wrong.” The latter is what my client’s boss heard. So, in an attempt to add context in order to protect her reputation, the timing of my client’s rebuttal hurt her reputation and caused her boss to brand her as “defensive.”

Do you feel yourself wanting to defend when you get feedback? If so, try to remember that the feedback discussion is NOT the process reengineering discussion or the staffing level discussion or any other type of discussion. It’s the chance to get timely, candid, useful information about your specific performance. It’s data you need, and you can decide what to do about the other issues later.

The defense rests…for a little while at least!