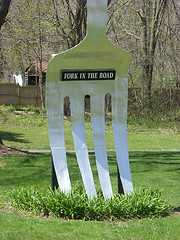 You have heard the old saying from Yogi Berra, “When you see a fork in the road, take it.” There’s a corporate take on Yogi’s words – “When you see an opportunity, take it.” And don’t squander the chance to shine.

Here’s an example:
Daryl was just informed he must step in for his boss to present the quarterly update at a senior staff meeting. He’s not worried. He does it a couple of times a year when his boss is away. He knows he should prepare, but he feels he knows the content since he provided 90% of what went into the report. All he needs is a half hour to refresh himself on the document and anticipate any questions.

He planned to do it in the morning – except that the phone rang off the hook and someone put a meeting on his calendar and, well, the morning got away from him. Maybe this afternoon? Oops, a little crisis and some critical emails needed his attention. Plus, that new person had a few questions. Suddenly the workday was over and the kids needed help with homework. Daryl finally took just ten minutes to scan the report before falling asleep, convincing himself that’s probably all the prep he needs. Wrong.

But why does Daryl think this way? He has four reasons:
1. I already know the material.
2. The senior staff members already know me.
3. I just don’t have time.
4. Not much usually happens at these meetings anyway.

Again, poor Daryl is wrong. This is the trap of the routine or simple assignment. Most execs wouldn’t dream of showing up for a meeting with the CEO without preparing, nor would we shortchange our rehearsal before anything like a major town hall presentation. We know a big opportunity when we see one. But the routine stuff? We might agree with Daryl. Who has time? What difference does it make?

Let’s take a closer look at Daryl’s four reasons to justify his lack of prep and look at the unintended consequences.
1. “I already know the material.” Daryl may know the contents of the report, but he spent no time thinking about what aspects are most meaningful to this audience. He neither anticipated questions, nor prepared cogent, informed answers. He missed the opportunity to show his unique understanding of the material and add value to a potentially stale discussion. If he had simply asked himself what was special about the information that the senior team would have found enlightening, he would have elevated his contribution from the routine to the remarkable.
2. “The senior staff members already know me.” But how do they know him? Unless they have exposure to him beyond occasional meetings, they likely see him as the reliable stand-in – nothing more, nothing special. He’s known as a good placeholder until the real guy gets back. Why? Because that’s what he displays every time. If all his interactions are as unremarkable as his senior staff presentations, he will be rated at the middle of the performance review scale, even if he sees himself as above average. Unless he can shine a little more brightly, he’s going to be overlooked at promotion or recognition time. Daryl needs to figure out what distinguishes him from the middle of the pack and seize opportunities to demonstrate his unique value to those who count, including his own boss.
3. “I just don’t have time.” There’s having the time and there’s taking the time. Time is fungible. Most of us can find forty-five minutes when other people make unexpected demands, but we don’t or won’t even give ourselves 15 minutes to think about making an impact in our everyday encounters. Consequently we find ourselves rushing from meeting to meeting, struggling mentally just to keep up with the content, but missing opportunities to read the room, strengthen relationships, or further our professional brand. If Daryl could turn back the clock, he should have dispensed with the mundane challenges and spent 30 minutes adding value to his presentation.
4. Not much happens at these meetings anyway. Well, not for him. And why? Ultimately it’s because Daryl has trained his audience not to engage (or they’ve trained him) and these meetings are transaction, not a conversation. He could have shared insight that can only come from a guy who is a little closer to the ground and who really knows the content deeply. The executives may have learned something more relevant to them that could have impacted their strategic planning. He could have closed the data loop for them by contributing something and distinguishing himself in the process.

Every interaction you have is an opportunity to engage others in the conversations that matter, as well as demonstrate your knowledge, experience and insight. Don’t fall into the trap of the routine or simple assignment. With a little forethought, every interaction can contribute to your career momentum. When you see a fork, take it.