Because Sleek and Trim Messages Are More Popular! 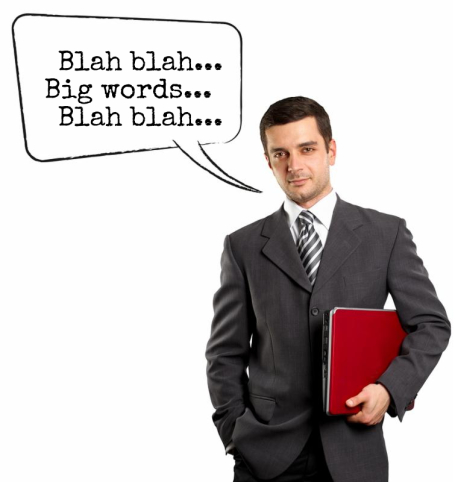 Yep, it’s true. Verbally skinny message are more popular, while verbally obese messages are ignored like the garlic dip on prom night. People who can be concise and still complete are 27% more likely to have their message repeated.

OK, I made that number up in an effort to sound informative, but the fact remains that TMI (too much information) is a total turnoff and is one of the most frequently mentioned complaints that I hear from colleagues of the overly verbose.

Since it’s January and we are bombarded with ads for diet pills, exercise equipment and gym memberships, I thought we’d tackle that verbal spare tire.

Verbal bulkiness occurs when the speaker:

Why do folks allow their messages to pack on the verbal pounds? At best, some speakers truly believe that more detail is helpful while others are simply unaware of the impact their long- windedness has on others. Some chronic overtalkers wander up and down the verbal buffet without a plan; i.e., they don’t set a communication goal so they can’t prioritize or edit their thoughts before speaking. Perhaps the worst offenders are those who use big words or overwrought language because they want to sound intelligent or important, but often end up creating the opposite impression.

1. Ask a trusted friend or colleague for feedback. Be open regarding your concern, ask for their feedback, and then quietly listen to what they say.

2. Tailor your communication with the audience’s needs in mind, not your own ego. Be selective and concise, and let them ask for more detail if needed.

3. Strive to demonstrate confidence rather than intelligence. Look people in the eye, stand up straight, and speak in a strong, clear voice. Stick to your area of expertise so as not to appear ultracrepidarian. (Oops, I did it again!)

4. Finally, you can start to build your “focus and edit” muscles by using your smartphone to record your side of a phone conversation. Do this several times a week and then play it back and critique yourself. Where can you skinny it down in order to attract others to your message?

Remember, professional presence means engaging others and inviting them into your sphere of influence. Just make sure there’s room for two in there.