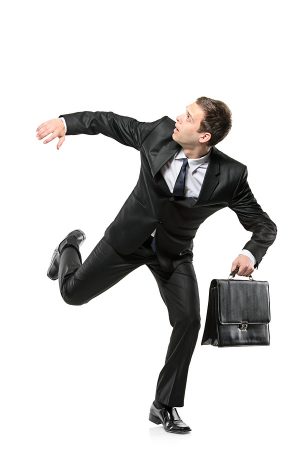 Earlier this week one of my coaching clients confessed that she was dreading her performance review, even though she already knew she was going to get a good rating and in spite of the fact that she welcomes feedback all the rest of the time. What’s up with that?

And just this morning a different coaching client expressed reluctance at having to have a third difficult performance discussion with a struggling employee. The manager is well prepared and the employee is a reasonable person. “I’m just not looking forward to this,” said the manager with a worried tone.

Sound familiar? Why is it that even though we are generally prepared to give or receive feedback, we still cringe in anticipation of the discussion? Several reasons:

First and foremost, there’s something artificial and strained about a scheduled review. The tension builds as the date gets closer and we imagine all sorts of skeletons coming out of the closet. On the other hand, feedback in the moment is usually relevant, brief and timely. It’s easy to associate it with a task or event, and if it’s delivered thoughtfully, the recipient is usually appreciative.

Second, conscientious managers and employees know that there’s a future associated with any review. That struggling employee may not make it, and that won’t be easy for anyone. As for my high-performing female client, hearing great feedback sets that bar even higher for the future. “How can I possibly top that?” she worried. “Does this mean there’s nowhere to go but down?”

Finally, it is stressful to hear that some aspect of our performance is sub-par, and many of us experience fight/flight/freeze, the hard-wired stress response we share with most living creatures. It might be a little “oops” or a bigger issue, but when we hear the feedback we feel embarrassed, or disappointed in ourselves, or even ashamed if we let someone down.These are powerful emotions, and it’s difficult to manage strong emotions and still remain poised, confident and fully present. How do these emotions show up?

It’s important to identify how you and/or your employees are feeling during a review discussion. With a little care and caution, managers can not only satisfy people’s desire for feedback, they can create an environment of continuous improvement and mutual respect. Next column: How to minimize the stress response.