Um…Is Your Filler Worse in a Virtual World? How to Find Out!

Once upon a time, there was an amazingly talented business professional with a bright future. Let’s call her April. As her coach, my job was to help prepare April for advancement, a delightful engagement since she exhibited a strong commitment to the coaching process and the willingness to work hard. As we began our work together, I also noticed a lot of filler words: Er, em, uh, etc. I mean, a LOT of filler words. 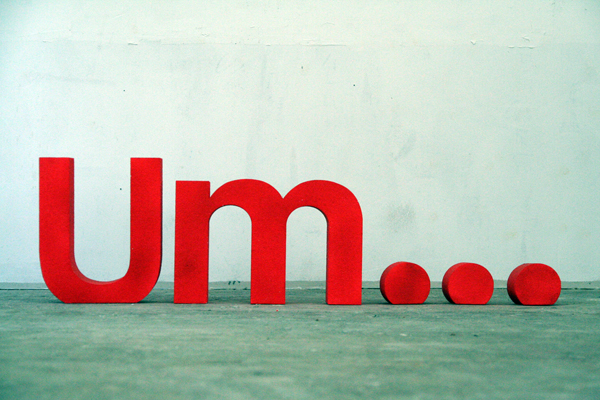 We all know that filler is a bit annoying in others, but in April’s case, it impacted her relationship with her team. How?
When a team member would put forth an idea, April’s “ummm…” or “errr…” coupled with the flatness of one’s voice over virtual devices came across as an immediate and negative response. Almost like “um…I don’t think that’s feasible” when in reality April was genuinely thinking about the idea and preparing to discuss it. But they didn’t know that, and she got some feedback in her 360 that she wasn’t always open to new ideas, which was the opposite of her leadership style.

Since April and I were working via Zoom, I could see her facial expression, hear her tone of voice, and experience the filler for myself. It was indeed a problem.

My first question when confronting filler is always “Are you aware of it?” When the client is aware, correcting the habit is easier. April was not aware. So, step one was to increase awareness.

I asked April to record herself using the voice memo function on her smartphone. Specifically, I directed her to record her side of any phone conversation for 5 minutes, listen back, and count the filler words. She was aghast when she listened to herself. “I had no idea I was using that much filler!” she said. “I want to stop that! How do I stop that?”

The method I always employ is this:
1. Record yourself for 5 minutes at a time, twice a week, for three weeks.
2. Listen back after each recording and count the number of filler words.
3. Compare the counts from the beginning of the process to the end. It should drop by at least 50% just from increased awareness.

April embraced the process with her usual dedication and was able to drop her filler use from 5 per minute to 1.2 per minute. She also learned to respond with positive “listening” phrases, like “That’s really interesting!” or “I’m excited to hear more about it.”

You can minimize and even eliminate filler. Self-awareness is just the beginning. Want to learn more? Click here to let me know.