What Do Your Top Performers Really Want from You? 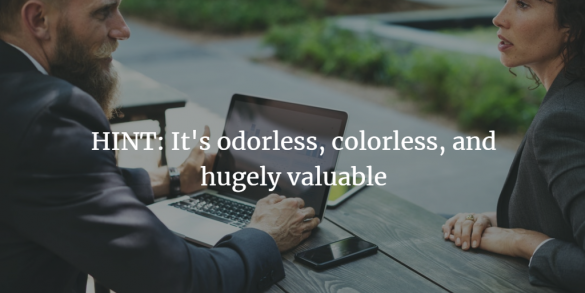 George, a successful thirty-something Marketing VP, sat in my office venting his disappointment regarding his last performance review – a review in which he was highly rated. “I got the written document in advance,” he said, “but then we never had a sit down to go over it. Things kept coming up and my boss kept rescheduling until it seemed kind of ridiculous to go back and discuss it.”

Like a number of the top performers with whom I work, George was suffering from benign neglect. His well-intentioned but over-extended manager demonstrated his appreciation for George’s performance over the years through periodic promotions, better-than-average pay increases, and occasional pats on the back. But he did not give George what he most craved: Specific feedback on how he could be even better and keep his career on track.

Based on his written review alone, nothing “needed fixing” but George instinctively knew he needed to do some things differently to prepare himself for the next phase of his career; however he had no idea what to work on. He was beginning to feel anxious about his future success and finally asked if he could work with an executive coach.

Why do top performers crave coaching, and how can coaching help them?

First, these folks are typically conscientious. They care about their own performance, the well-being of their people, and the reputation and results of their department. In other words, they are already motivated to excel. This is fertile ground for feedback. Unfortunately, top performers don’t always get what they want and need. The research backs this up, and in the absence of feedback, top people assume the worst.

Secondly, A-Players need attention because they don’t take the time to look in the mirror. While they are oftentimes self-conscious, they won’t divert energy away from their objectives and towards themselves. Consequently, they can’t articulate what makes them so good, which means it’s harder to replicate, and all too often they can’t put their finger on exactly what they did to contribute to a situation gone awry. The coach’s job is to help executives retrace their steps, be a sounding board for ideas, and engage in scenario planning to discover new choices and options. One client who is the COO of a consumer products research company thinks twice before canceling our coaching sessions because “it’s the only hour I have to think about myself and my own effectiveness.”

Finally, most A-Players are goal junkies. They want to know what to strive for and be given the tools they need to get there. In the absence of a meaningful goal for themselves and their efforts, our best folks can lose their mojo. Take the case of one star performer who lamented “I feel like I’m falling behind!” although she couldn’t explain exactly who or what was pulling ahead of her. We determined that it was a slight loss of momentum – a barely perceptible flattening of her career trajectory — that made her anxious. To an A-Player, a plateau feels not like a “B-minus” but like a big fat “F” and this feeling is simply intolerable.

According to various motivation theories, the unsatisfied need for achievement can drive the high performer to search for satisfaction elsewhere, perhaps opening the door for a favorable response when contacted by a headhunter, a process that feeds the executive’s need for recognition, attention and the promise of growth and achievement.

Managers, you are the first and most important coach because you are able to observe the executive’s day-to-day behavior as well as its impact. You’re also in a position to see beyond the current horizon for in-house career options the executive herself cannot see.

The executive coach is most effective when working in partnership with the manager. Coaching is our full-time job! We have the time and skill to multiply your coaching efforts. Together we can keep the A-Player productive, motivated and playing for this team.