When Being Right Is Sooooo Wrong 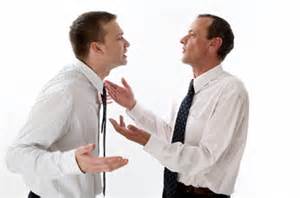 How to disagree without being disagreeable
A few years ago, I was hired as the executive coach for Roger, a VP and the supply chain manager for a mid-sized manufacturing company. (Click here to see the story.) Roger was hired to increase efficiency in dealing with vendors. An extremely dedicated and results-oriented individual, he accomplished his main goal – to trim the list of approved vendors – within his first six months. Unfortunately, not everyone was happy with the result, and at one meeting Roger was publically challenged by the VP of the company’s flagship product. Roger became defensive. The central point of his argument was that he was right – he was doing his job – and therefore the product VP was wrong. The argument between them became the stuff of legend around the watercooler.

Roger may have been right in terms of his mission, but he was wrong in the way he engaged with his colleague. Of course he felt defensive when challenged publically, but he allowed himself to get emotional and did some real reputational damage. Roger needed to stay calm and use his intelligence to turn the situation around.

How? By using ASK – ACKNOWLEDGE – AGREE.

ASK – Ask a question to find out why the other person is so upset. Roger should have asked the other VP why his preferred vendors were so important to his business.
ACKNOWLEDGE – Roger should have acknowledged that the other VP’s position had merit even if he didn’t agree with it. The other VP would have felt heard and may have calmed down.
AGREE – It’s possible that there are small areas within the disagreement that you actually do agree on. Roger could have kept talking until he found a point of agreement and used that to build a bridge between them instead of a wall.

These three responses can be used individually or together, in any order, whenever you find yourself facing a potentially contentious situation. By responding calmly instead of reacting emotionally, Roger could have enhanced his professional presence by deftly managing the public attack with grace and poise.